Union of Journalists of Armenia condemns 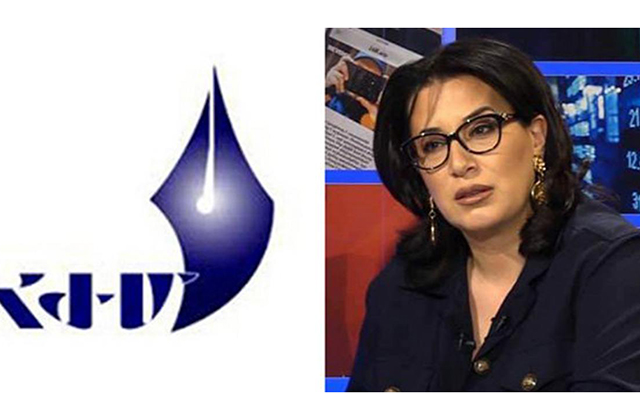 During the march organized by opposition forces last evening, journalist Artak Khulyan and cameraman Karen Chilingaryan from the editorial office of Radio Free Europe/Radio Liberty’s Armenian Service in Yerevan and certain citizens participating in the march were involved in an inadmissible incident (Khulyan and Chilingaryan were performing their professional duties at the given moment).

Simultaneously, just hours before the incident, while Nikol Pashinyan was walking from the first government building to the third government building along with bodyguards and hundreds of police officers, oppositional political figures and citizens were being apprehended through police brutality, while cameraman for Sputnik Armenia Aram Nersisyan, who was also directly performing his professional duties, was literally trampled by police officers.

Even today, during Vazgen Manukyan’s regular meeting with citizens at Liberty Square, a woman, a supporter of Pashinyan, offended an old man, and when reporter for Yerkir.am Lia Sargsyan tried to ask the woman to comment on the dispute that had arisen, the woman hit the camera of the correspondent for the website and made offensive remarks against the correspondent.

The Union of Journalists of Armenia strictly condemns the fact that the activities carried out by mass media reporters performing their professional duties were hindered, the mass media reporters were threatened and offensive remarks and swear words were made and used against them.

There is no alternative to free speech, and the attempts to prohibit or restrict the exercise of free speech by journalists and to disturb them when they are performing their professional duties, initially have no prospects and are doomed to failure.

Calling on all the role-players in domestic politics to stay within the limits of correctness, at the same time, we state that the authorities of the Republic of Armenia, namely the police are the ones who guarantee and are responsible for the ensuring of exercise by citizens, including journalists of their right to freedom of movement, as well as their safety and the undistorted implementation of the professional activities of journalists during marches and demonstrations.