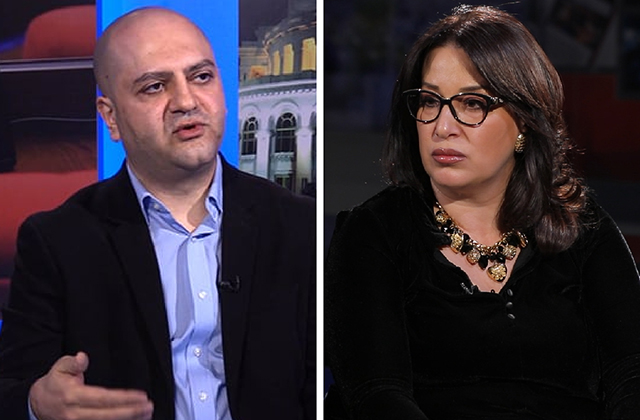 It’s already the 9th day, Azerbaijani eco-provocateurs have closed the only road connecting Artsakh to Armenia, as a result of which a humanitarian and security crisis has been created in the Republic of Artsakh. Meanwhile, the RA law enforcement agencies react without delay to the posts on Facebook pages and prosecute the opponents.

A couple of days ago, we learnt that Gevorg Emin-Terian, the editor-in-chief of  Oragir.news site, was charged with the act provided for in Article 329, Part 2, Clause 3 of the RA Criminal Code, i.e., “Public speech aimed at inciting or propagating hatred, discrimination, intolerance or enmity caused by national, ethnic or social origin, religion, political or other views or other circumstances of a personal or social nature, as well as disseminating material or objects for this purpose using communication technologies”.

The basis for initiating a criminal case and laying charges was the Facebook post of the editor-in-chief of the news website, namely, “As a sign of protest, the public Christmas tree should be burnt down.”

Of course, at least one should have a vivid imagination in order to be able to adjust Gevorg Emin-Teryan’s record to the logic of the above-mentioned article of the criminal code proposed to him. There is no doubt that the “Christmas tree” is neither a person nor a group of persons nor a racial, national, or of ethnic or social origin.

However, what is more worrying and troubling is the way law enforcement agencies work with double standards. From the posts that have been published on social networks for at least 4 years, they chose this one and immediately started specific actions without clarifying the situation, without studying the materials.

The law enforcement officers followed Gevorg Emin-Teryan to his apartment when he was not at home, and this is when Emin-Teryan is a public figure, and it was not difficult to invite him to the appropriate police department with one call or message. Instead, they preferred to cause trouble to the editor, and then also to the family members, creating an atmosphere of fear.

Gevorg Emin-Teryan was also reminded at the police station that he has 10,000 followers, probably trying to create the impression that those 10,000 people would immediately rush to burn the Christmas tree down in Republic Square.

But those same law enforcement officers, for some reason, did not act with the same diligence when on November 10, 2020, Nikol Pashinyan, who has 1 million Facebook followers, called on citizens to prepare for revenge, “because we have to take the revenge of our soldiers from them. We must take revenge for our lost homeland from them.” Or when, on November 16 of the same year, he was waiting for front-line soldiers in Yerevan to “finally resolve the issues of those grieving under the walls”.

Weren’t these episodes a call for civil war? But, for obvious reasons, his post and live broadcast on Facebook did not attract the attention of law enforcement officers, criminal cases were not initiated, and Nikol Pashinyan’s BMIS was not closed, as they have done now in the case of Gevorg Emin-Teryan, editor-in-chief of the Oragir.news site.

The Union of Journalists of Armenia expresses its deep concern and resentment for our people in these tragic days regarding the initiation of a new wave of criminal prosecutions of political nature against opposition journalists and media, and we want to remind the authorities and, in particular, the law enforcement agencies, that a person died in Artsakh yesterday because he could not be transported to Yerevan due to the closure of the Lachin corridor.