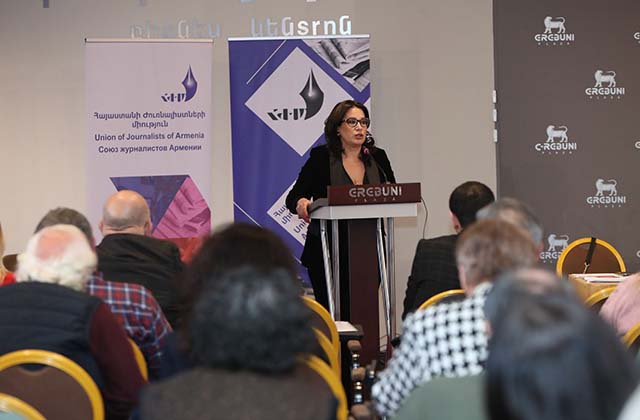 On December 9, we were informed that the Civil Court Of Appeal overturned the decision which was in favor of Hraparak Daily LLC, sending the case to the court of general jurisdiction for a new thorough examination.

The complaint of the Civil Court of Appeal was submitted by the Media Initiatives Center NGO, against which the daily newspaper brought a lawsuit.

Let us remind you that the Armenian-language site with a Georgian domain, i.e. factcheck.ge, in cooperation with the Armenian site media.am, started to fight, according to their assurance, against disinformation, but in fact, selectively targeted Facebook pages of some media outlets, as if for publishing manipulative articles and fake news.

The Media Initiatives Center, within the framework of which the mentioned media.am website operates, assumed the role of a judge in relation to the press, and it was extremely dubious, with standards and principles unknown to the journalistic community.

Even though that organization has adopted the policy of promoting the realization of the fundamental human right to freedom of information, to provide diverse, pluralistic and complete information for society, to support the activity and development of free, responsible and professional media, the media-analytical media.am founded by them turned the website into a tool, with subjective selection, with obscure conditions, without specifying the criteria, presenting grounds for the media, without any detailed and multi-faceted study or discussion with experts, in their opinion, detecting fake news and manipulative articles, they transmit mediated information to the Facebook social network , which blocked the Facebook pages of many Armenian websites, stopped advertising, limited the access and visibility of publications. So far some  Facebook pages of the media continue to operate under severe restrictions, which means that the activities of the Media Initiatives Center have had particularly severe consequences for the media.

This activity was consistent with the authorities’ attempts of limiting access to the opposition media, suppressing free speech, which they did through various complaints, attacks by fake groups, interviews, and the adoption of various laws, the purpose of which was to cause as many and large financial losses as possible to the above mentioned media.

The legality of this activity of the Media Initiatives Center was litigated in court by Hraparak, and in fact the Court of General Jurisdiction upheld the complaint of the daily newspaper.

Before the judgment reached the stage of examination by the Court of Appeal, a number of non-governmental organizations came out with an announcement that clearly put pressure on the court.

The Union of Journalists of Armenia does not intend to express a position regarding the process under trial, but it is at least puzzling that in relation to the proceedings under the same trial, an announcement is distributed by a number of organizations expecting a review of the verdict, and this is followed by the publication of the already revised judicial act.

“We express our concern against the Media Initiatives Center  NGO in the case of Hraparak Daily LLC of the Court of First Instance of Yerevan in connection with the judgment of July 6, 2022, as we expect that the above-mentioned judgment will be reviewed and adjusted to the interests of freedom of speech, quality journalism and the right of the public to receive reliable information, as well as international norms and established practice related to this field,” the joint statement of the above-mentioned NGOs specifically stated in their announcement

The Union of Journalists of Armenia expresses its strong concern regarding the public and non-public processes taking place around this verdict and urges international, including human rights and media structures to express a public position regarding the processes taking place, which seriously endanger free speech and the right to be informed in Armenia, activities of the media, as well as the independence of the judiciary.

The union will follow the investigation of this case, hoping that the court will not give way to pressure of any kind.