Nune Hovsepyan: “Limitations are imposed for the purpose of impeding the work of journalists” 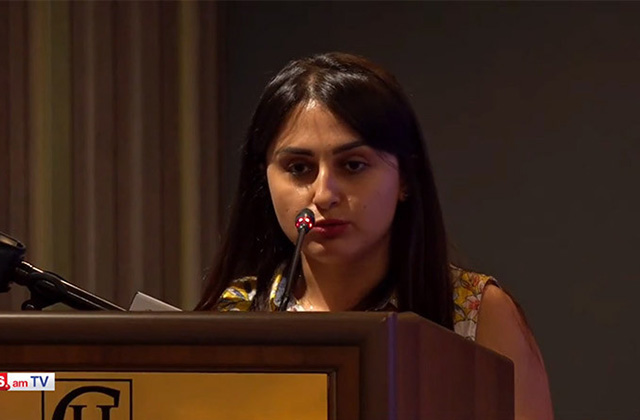 “Research shows that the limitations that exist in the Natioanl Assembly have nothing to do with security and are imposed only for the goal of limiting the work of journalists,” said Nune Hovsepyan, head of the public relations department of the Human Rights Defender’s Office during a discussion entitiled “Against media restrictions, for the sake of free speech and the right to be informed” organized by Armenia’s Union of Journalists.

According to her, such conclusion can be made even by analyzing the incidents that happened at the parliament, when security officers forced journalists out of some rooms, in some cases by applying physical force.

“When there were incidents in the National Assembly, security officers took jorunalists out of the upper level rooms. Journalists raised several issues in conversations with us. Specifically, there were cases when journalists were forced out of those rooms when they had a feeling some incident was going to happen there… Besides that, there is no legal ground that allows to limit the work of journalists in those upper-level rooms. They even used double standards. Journalists also said that in some cases security officers used physical force when pushing them out of those rooms. When they saw that journalists were video recording how security officers were pushing them out, they used physical brute force…”