Satik Seyranyan: “Free speech will soon be considered as a class enemy, which prevents the power from implementing their favorite steel mandate…” 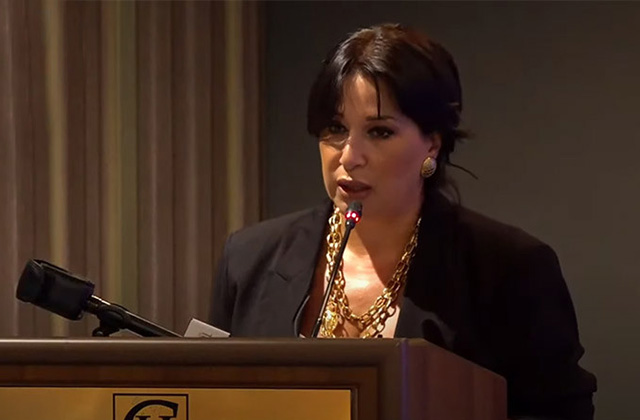 Today, Armenia’s Union of Journalists organized a discussion “Against media restrictions, for the sake of free speech and the right to be informed”. During this discussion Satik Seyranyan, head of Armenia’s Union of Journalists made a speech, in which she said that the authorities, the circles that serve them, are targeting journalists, and for a quite long time they have been segregating media into theirs and outsiders.

“I want to thank all of you for participating in this event. Special thanks to all those experts and lawyers that even during these hard days for social media support journalists and today they are here to discuss challenges we are facing these days. It is quite a long time that evident and also hidden policies have been unleashed against free speech. Authorities and the circles that serve them are openly, without any formalities, targeting journalists, and media has been separated into two poles – their supporters and outsiders. This campaign against media is being implemented at different levels. By using legislative and judicial amendments they are trying to essentially limit the work of journalists, the proof of which we can see in the National Assembly. Moreover, this is done with evident cynicism. The government is now imposing another powerful restriction on media, and then they create an imitation as if they are discussing that proposal with media in order to leave an impression of broad-mindedness and tolerance.

At a more global level, such as public mood, social media and other platforms, they generate hatred towards media. It looks like free speech will be declared as a class enemy, which prevents authorities from implementing their favorite steel mandate.

At first sight it looks like this situation refers only to journalists. However, this is solely a political issue and reflects the real attitude of authorities towards democracy and human rights, freedoms. I believe the main reason of this problem is that there is an authoritarian system being established in Armenia for which the freedom of speech and press are considered to be enemies. The authorities are still trying to show the imitation of democratic structures, however on the content level everything is done for establishing authoritarian rule. Free press is an obstacle on that way.

The main issue for us, journalists, is to have allies in our battle against this policy and I am sure that our ally can be the citizen of the Republic of Armenia, because this campaign is against the constitutional right of the citizens to be informed.

For the sake of justice, I want to mention also that there are various issues in media sector, which we are going to discuss separately in the near future,” said Satik Seyranyan.

More details can be viewed in the video of 168.am