Siranush Sahakyan: “The only purpose of criminalizing insult is to limit free speech through an effect of fright” 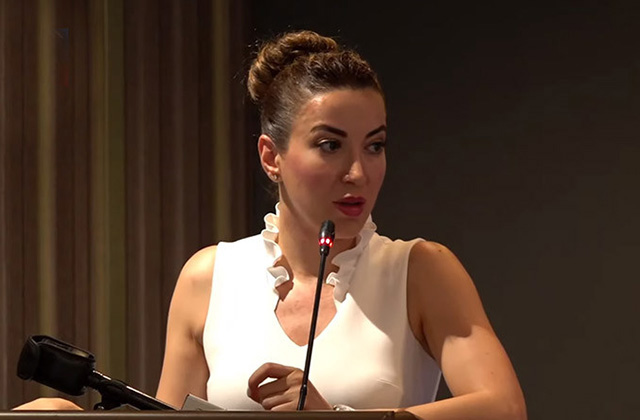 During a discussion organized by the Union of Journalists of Armenia entitled “Against media restrictions, for the sake of free speech and the right to be informed”, human rights lawyer, co-founder of Path of Law non-for-profit organization Siranush Sahakyan spoke about two initiatives: criminalizing heavy insult and accreditation of journalists in the parliament. In her speech Siranush Sahakyan discussed how much this process complies with international standards.

“The definition of defamation implies to both offending and defamatory statements. Both of them defend the targeted person’s dignity, honor and business reputation. The Civil Code is created for protecting these goods and that is where we have good options for defense of reputation, and the state has nothing to do with that because the relations are private and the perceptions are quite subjective,” says Siranush Sahakyan.

According to the human rights lawyer, it is unclear why the state needs to use its resources for protection of private objects.

“Don’t forget that our Criminal Code used to protect the activities of special subjects from insult and defamation. For example, judges carry out special activity, and disrespectful behavior towards courts is considered a criminal offence, including also such disrespect towards an investigator and prosecutor”, said Siranush Sahakyan and added that the activities of journalists and lawyers are also protected from that interference.

The human rights lawyer thinks that it is necessary to remind the authorities about the amendment of the Criminal Code: it used to have Article 317, which was de-criminalized. It was about insulting authority representatives, and according to today’s government, which used to be the opposition in the past, that article was a threat against free speech.

The human rights lawyer insists that there is no exemplary or predictable law, so there cannot be criminal punishment either.

When talking about accreditation of journalists, the latter said that the purpose is to provide journalists with privileged entry rights and creating conditions for carrying out their professional duties.

“Accreditation cannot limit the activity of journalists, but it is just the opposite. Even though there are formal accreditation procedures, they should not be meant to do content evaluation, but should be meant solely for the purpose of identification of that person,” says Siranush Sahakyan.
According to her, if a journalist loses the possibility to cover important topics first-hand based on her perceptions, this cannot be considered as proportional interference in the freedom of speech, especially when it comes to discussions of matters of public importance.

“Parliament is the place, where important public issues are discussed, so journalists should have direct access to cover the processes that take place there. If there are scandals, they should be able to cover them directly,” says the human rights lawyer.

Siranush Sahakyan says, when she looked at the accreditation procedures for our journalists, she had an impression that she is participating in a very strict tender, in the result of which the state should get special privileges, and these processes are not consistent with international law standards.

“The mandatory limitation of a journalist’s access to an event that contains news for coverage violates the freedoms of journalists,” she said.

Siranush Sahakyan is sure that the community of journalists is protected by law, and they should dispute the mentioned legal norms through legal procedures as those are unconstitutional.

“The community of journalist is a very powerful one, and they can organize events that contain components of activism”, concluded Siranush Sahakyan.