Against threats against a reporter 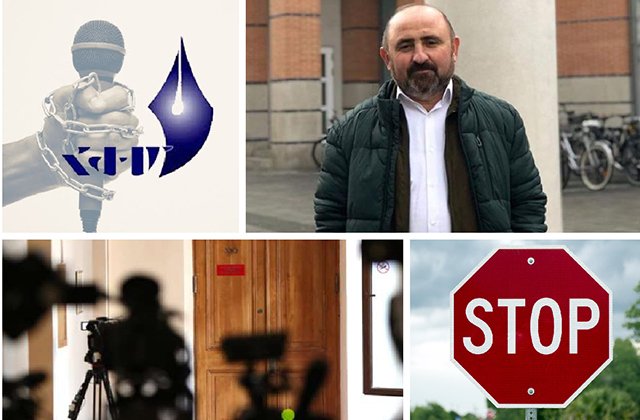 Today reporter Tatul Hakobyan declared that people had recently threatened to settle a score with him, file a lawsuit against him and deprive him of his life due to his professional activities. Tatul Hakobyan is currently reporting in the United States and, according to the alarm that he has sounded, those threats against him are coordinated from Armenia and certain circles of Armenian Americans. The reporter believes what served as an occasion for the campaign against him was the following thought that he expressed in one of his interviews: “Armenia is where the Armenian soldier is standing.”

By sounding the alarm about the threats, Tatul Hakobyan has called the attention of law-enforcement authorities, professional and human rights organizations, as well as the U.S. Embassy in Armenia in an attempt to protect himself from the possible vengeful act.

The Union of Journalists of Armenia strictly condemns all attempts to target Tatul Hakobyan due to his professional activities, especially the criminal practice of making threats to deprive him of his life.

This serves as an example of the defective atmosphere of hatred and evil that has become radicalized in Armenia and in Armenian reality in general, and there needs to be adequate and the strictest legal and political evaluation of this.

At the same time, unfortunately, what happened to Tatul Hakobyan is a manifestation of the already common regularity, not just an exception. In particular, several editors, reporters, experts and analysts, as well as public and political figures in Armenia have been carrying out their activities in a similar threatening and dangerous atmosphere for the past three-and-a-half years, but the alarms about this remain unanswered.

Taking into consideration those painful precedents as well, the Union of Journalists of Armenia calls on all the relevant structures to ensure Tatul Hakobyan’s safety as soon as he returns to Armenia, as well as pursue and punish those who have made the threats against him and organized the efforts for this.

As for the thoughts, viewpoints or ideas of Tatul Hakobyan and any public figure in general, one can radically disagree with them, as well as dispute, debate or oppose, but this needs to be exclusively in the domains of the public, politics, political science and professionals.

The Union of Journalists of Armenia expresses its support to Tatul Hakobyan and is committed to conducting an inquest into the unlawful acts and bringing all the guilty to justice.