Armine Ohanyan: “If they weren’t ashamed, they would write in the law that it is not permitted to criticize Nikol Pashinyan or other specific people” 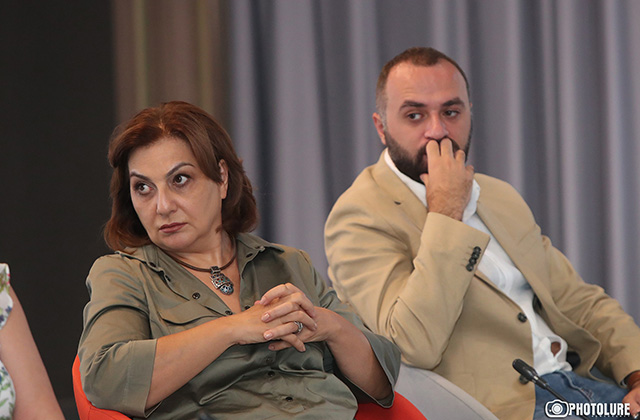 “The heritage of authorities in our country is expressed in one thing – hate towards media, acting against media and limiting the freedom of speech” said the chief editor of Hraparak daily Armine Ohanyan today during a discussion entitled “Against media restrictions, for the sake of free speech and right to be informed” organized by the Union of Journalists of Armenia.

She thinks this is a very simple plan, the goal of which is the creation of tools by the authorities to protect themselves from criticism.

“If they weren’t ashamed, they would write in the law that it is not permitted to criticize Nikol Pashinyan or other specific people. There is no need for such behavior of a clown in order to protect their right of not being criticized… All the pressures and limitations that have been applied against media during the last 30 years, have been compressed in more restricted policies and applied during these 3 years, with an accelerated pace and in a smart and shrewd manner. We can write volumes about the methods that have been used during these 3 years towards media in regards to free speech limitations.