Satik Seyranyan: “I want to make a SOS alarm, seeing the steps that are being taken against media” 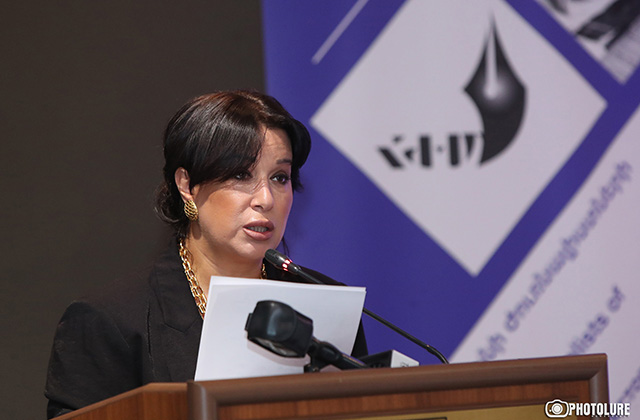 During a discussion entitled “Against press restrictions, for the sake of free speech and the right to be informed” organized by Armenia’s Union of Journalists, the head of the Union, Satik Syranyan discussed the problems in media sector and policies adopted by today’s government for the purpose of limiting the rights of media groups that are opposition for them.

“I want to make a SOS alarm, from certain perspective, because I see the steps that are being taken against media starting from the next day after the so-called revolution. They gave bigger preference to facebook than media, and made the announcements of officials and expressed official standpoints on facebook, by ignoring the work of media. They were launching attacks against journalists, targeting media companies, making lists of so-called “whites” and “blacks” and publishing them, they were instructing which newspapers to read and which ones not to read by directing people in order to condemn or make threats against certain media groups; they were targeting journalists, their families, they were publishing photos of their teenager children, sending organized attacks on social media pages in order to close down media pages on social networks by preventing their work. They initiated legal changes without considering the opinions of our community; they adopted laws without communicating, and we were learning about those laws afterwards, when there was nothing we could do about it…”