We condemn all attempts to target journalists and their families. Statement 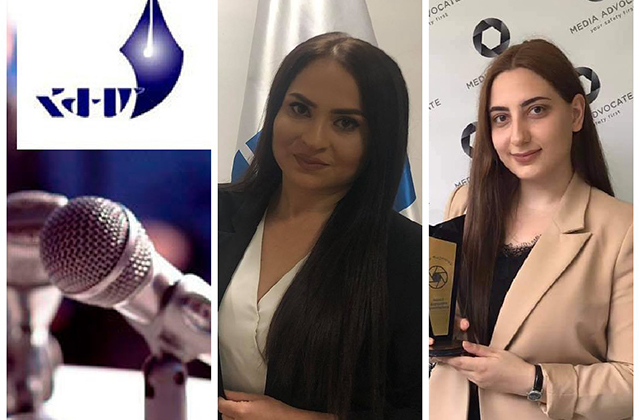 Yesterday one of the members of a pro-government group referring to itself as “Guardians of the Revolution” disseminated on his Facebook page the personal social network page of journalist for Antifake.am Mari Amirjanyan and the latter’s photo, ‘spicing it up’ with a satirical and vulgar comment and generating hatred against the journalist’s persona, as well as insulting, threatening and using swear words against her.

Today, another member of this group targeted journalist for Tert.am Ani Gevorgyan by disseminating her and her child’s photos with swear words. Ani Gevorgyan reported this.

According to news circulating in the media, various users directly or indirectly linked to the authorities have made similar threats against the journalist.

Let us remind that this group is the same group that attacked Hayeli Press Club with eggs and remained unpunished.

These people even targeted the Human Rights Defender of the Republic of Armenia, threatening to use violence against him, and again, there was no legal evaluation of this practice.

The Union of Journalists of Armenia strictly condemns such unlawful acts targeted against the professional activities of journalists, especially when the children of journalists are targeted. This contradicts human morality, professional ethics and, at the same time, it is a criminally punishable act, the perpetrators of which must be held liable in order for such incidents to be ruled out in the future.

The Union of Journalists of Armenia demands that the law-enforcement authorities investigate what happened. Any attempt to obstruct the professional activities of a journalist is a criminally punishable act, and there needs to be an appropriate evaluation.

Simultaneously, we demand that government officials suppress people associated with them and not use them when carrying out the disgusting act of settling scores with undesired journalists.