David Sargsyan: “Journalist is not a fact writer, is not a historian, is not a time writer. journalist is one who validates the time, and yes, also has a right for making political analysis and comments” 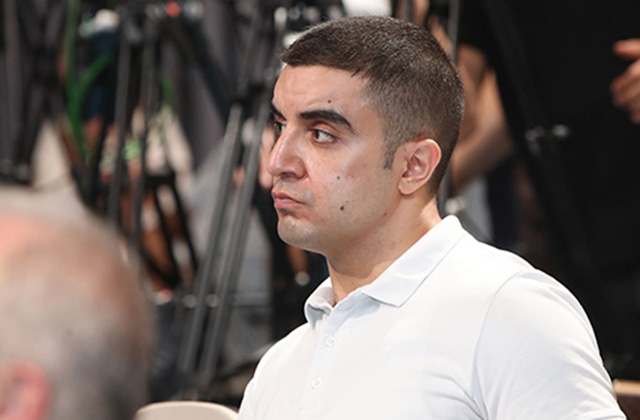 “During the presentation of the government’s program something interesting happened: when Nikol Pashinyan was answering the questions of the standing committee on human rights and public issues, he gave a very clear instruction to the executive and legislative bodies, and maybe the justice system too by saying that in no case they should answer to journalists’ questions, which, according to their estimations, may be political statements,” said TV Host David Sargsyan during a discussion organized by Armena’s Union of Journalists, entitled “Against media restrictions, for the sake of free speech and the right to be informed”. The latter also reminded about the statement that when journalists ask questions, it is important to understand whether they are asking political questions or making political statements. David Sargsyan asks everyone to pay attention to the fact that this statement was done by a man, who for a time of 20 years, under the cover of journalism, has been involved in the worst type of unethical and cynical behaviour.

“I wouldn’t even call it a political activity. What he was doing was a mere unacceptable bad language against the government of that time, and most of his statements have not been proven as they were baseless, and he called it journalism. And now he is questioning the work of journalists who, within the scope of their ethical professional behaviour and their rights to discuss political statements, are making political analysis and statements,” said the TV host.

He said that there are case laws by the ECHR that say that a journalist can make estimations and analysis.

“Journalist is not a fact writer, is not a historian, is not a time writer. Journalist is one who validates the time, and yes, also has a right for making political analysis and comments. If that was not the case, we could simply open the web page Parliament.am or just watch the TV program “Parliamentary Week”. The main function of the parliament is not drafting laws only, otherwise there would not be time for speeches. Thus, they should be kind enough to give journalists the freedoms which they do not have a right to deprive, and they should admit that journalists have the right to make analysis and ask questions which they may not like,” said David Sargsyan.