Ara Ghazaryan: “If anyone falls under the article of insulting, they should think about taking it to Constitutional Court” 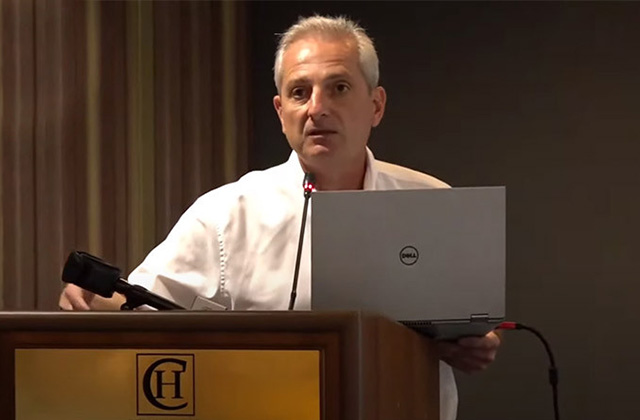 “It’s been 2 years that I am involved in hate speech, as an act and criminally punishable action. Initially in Armenia there was a tendency for correcting hate speech, however, now it looks like this process is being taken towards defamation. I will use this definition, since there is no definition of insult and slander in international law. Any word that insults someone’s dignity is defamation, but not a hate speech. Hate speech is a narrower idea, described in 10 categories,” said Ara Ghazaryan, an international and criminal law specialist, during a discussion entitled “Against media restrictions, for the sake of free speech and the right to be informed” organized by Armenia’s Union of Journalists.

He mentions that he has always been against regulation of defamation, so that it stays in the field of civil law, and it shouldn’t have been carried out to the field of criminal law, but they did what should not have been done.

“This is done in case when, and I am saying this with conscious responsibility, we have the most successful judicial practice and case law in Europe when it comes to insult and defamation, which has been achieved by our courts during 10 years, since the Constitutional Court’s decision in 2011,” said Ghazaryan.

He thinks the tendency was to regulate hate speech only, which was a necessity, however later they swiftly moved to defamation, which was not needed at all.

“First, they criminalized severe insult, the definition of which still needs to be interpreted. The law interprets that in a very short way, which is described as swearing or insulting anyone in any inappropriate language, subject to punishment by imposing a fine of AMD 100,000-500,000, in case when we have tool for the same civic punishment in the amount of AMD 2 million. So, the criminal punishment is milder than the civic one. How is that even possible?” asks the expert with astonishment.

The lawyer also emphasized a specific feature of criminal law, which does not exist in civil law. That is the prevention.

“If a milder punishment is established for civil law punishment purposes, there must be a reason behind that. The purpose is to prevent. That means that before writing an article, a journalist has to think whether he/she can become a criminal as a result of writing, and doesn’t write the article,” says Ara Ghazaryan.

The lawyer notes that any regulation in international law that may affect the freedom of information is not needed in a democratic society, and this is a formula. This means that we should admit that by doing so, we are going against European order.
“The decriminalization of defamation is the imperative of the Parliamentary Assembly, the first paragraph of which says that all punishments related to imprisoning shall be eliminated immediately. This means that is important to dispute the conformity of this provision adopted in our law with the constitution,” says Ara Ghazaryan.

The international criminal law expert notes that the legislative body was initially offered not to adopt a norm that would prohibit in the beginning. Information needs to flow, and only after that if there is a conflict, the interested parties to that conflict should fight by using all legal tools.

“If anyone falls under the article of insulting, one should think about taking it to the Constitutional Court,” says Ara Ghazaryan.

In regards to the amendments in the civil code, Ara Ghazaryan questions, why there is an increase in the fines, when there are actually no appeals or complaints concerning disproportion of these means. If anyone may suffer from this, those will be journalists, since they are the part of the society that need to talk about things that others prefer not to talk about.

“Hence if all lawyers and prosecutors can find a compromise with this article, journalists cannot, because they either should not publish their articles or if they do, they will always keep in mind that they can face problems. Accordingly, this also has a preventing purpose,” said Ara Ghazaryan and added that the Civil Code is used for hidden criminal prosecution.

The international law expert also mentions that it is totally legal to use pseudonyms for publishing.

“Forbidding a person from using pseudonym is also a preventive measure. It is unclear whose idea was to ban using pseudonyms in the21st century,” says Ara Ghazaryan.

He thinks that when accusing for swearing language, first of all it is important to restore the definition of petty hooliganism as a criminal action because swearing in public is a violation of public order.

More details can be viewed in the video