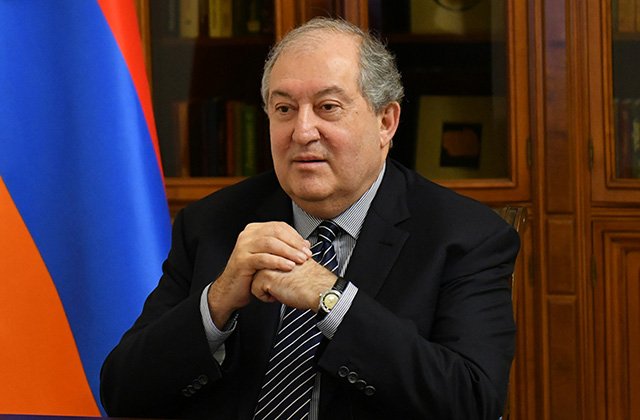 President Armen Sarkissian refused to sign into law the bill on increasing the fines for public defamation and insults which passed parliament earlier in March.

Citing the applicability of the law against the media, the presidency said that Sarkissian consulted with executives of several news media organizations, who expressed concern that legislative initiatives are debated and passed by parliament without taking into account their specialized opinions and recommendations. The presidency also viewed the concerns expressed by international human rights organizations.

“The President attaches great importance to the freedom of speech and opinion and is concerned that, on one hand the envisaged changes do not solve any systemic problem, and on the other hand the proposed regulations could significantly harm the freedom of speech and expression, significantly limit the freedom of reporters and news outlets’ opportunity for objectively criticizing and [freely] covering events and occurrences, including the activities of government officials, politicians and public figures,” the presidency said.

Citing the constitutionally-protected right of any person to express their opinion, the presidency added that “defamation and insult, are undoubtedly inadmissible, unacceptable and condemnable.” “At the same time, the research of legal sources allow to conclude that any restriction on the freedom of expression in a democratic society (including the amount of compensation envisaged by law) must be substantiated and proportional, the compensation must be in line with the country’s social-economic situation, while the application of the compensation must not negatively impact freedom of speech and debates of public affairs by creating disproportionately heavy material burden for the respondent, which could even have a defining impact on the latter’s activity. The law is explicitly problematic in terms of its constitutionality.”

The president forwarded the bill to the Constitutional Court asking it to determine its compliance with the constitution.

The bill is authored by Vice Speaker of Parliament Alen Simonyan from the ruling My Step bloc. It originally envisaged even higher fines but was later reduced in between the first and second readings in parliament.