Head of Journalist’s Union of Armenia applied to Ombudsman 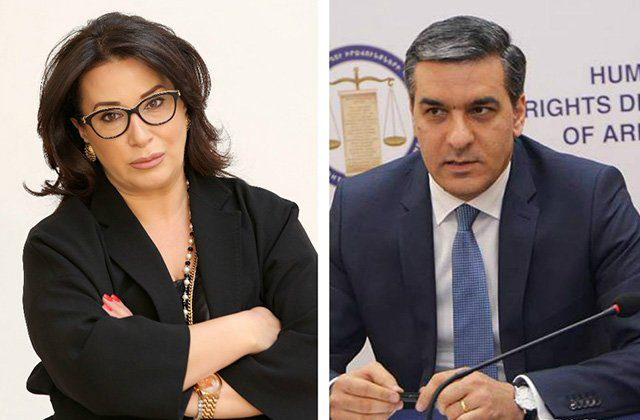 TO: HUMAN RIGHTS DEFENDER OF THE REPUBLIC OF ARMENIA ARMAN TATOYAN
FROM: PRESIDENT OF THE UNION OF JOURNALISTS OF ARMENIA SATIK SEYRANYAN

This was followed by the package of draft laws on making amendments to the Code of Administrative Offenses and the Criminal Code, which envisage administrative liability and criminal liability for violating the restrictions, respectively.

The aforementioned regulations are problematic from the perspective of unlawful restrictions on freedom of information and the regulations regarding liability prescribed for violation of the envisaged restrictions.

Moreover, the amounts of fines set for mass media outlets may be problematic from the perspective of several principles, including the principle of proportionality.

In addition, Decision 1655-N of the Government of the Republic of Armenia has granted the Police a broad power, including the power to give evaluations of the publications of the media, as well as the jurisdiction to present a demand for immediate removal of a publication from the pages of the media (shows, websites) and to immediately seize assets, without prescribing the scope of legal relations in which the given means of influence shall be implemented and what procedures shall be implemented for appealing against those measures.

Taking as a basis the aforementioned, I would like to ask for your stance on the aforementioned supplement. In particular, I would like for you to answer the following questions: Doesn’t this package of draft laws contradict the Constitution of the Republic of Armenia? Doesn’t this package of draft laws pose a threat to the existence of free press in general? Doesn’t this package of draft laws put freedom of expression, freedom to hold opinions, freedom to receive and impart information and ideas (envisaged by the Convention for the Protection of Human Rights and Fundamental Freedoms) without interference by public authority at risk? The Union of Journalists of Armenia anticipates that you will, by taking advantage of your powers, respond as urgently as possible, take active steps, as well as apply to the Consitutional Court.

The specified amendments violate freedom of expression envisaged by the Constitution and are not proportionate to the legitimate goal that is being pursued.

Summing up, the Union of Journalists of Armenia states that the specified amendments not only obstruct the activities of the mass media, but also disproportionately restrict freedom of expression and deprive citizens of the right to express opinions and receive information on national security issues that are of great public interest, and they also contradict the international commitments assumed by Armenia and the approaches of democratic states.