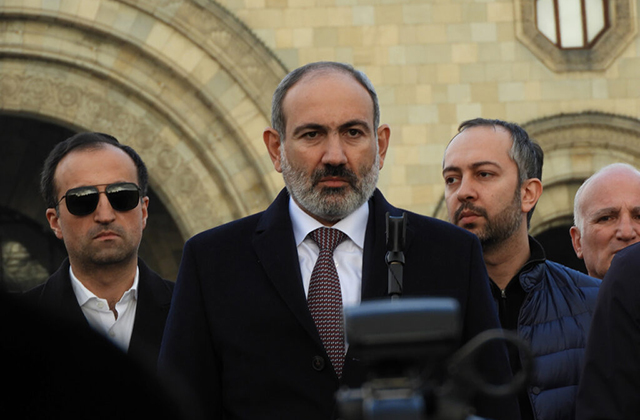 An Armenian citizen has been found guilty of insulting Prime Minister Nikol Pashinyan — the first conviction on the recently passed ‘grave insults’ law.
The unidentified person was fined ֏500,000 ($1,000).

According to the Prosecutors Office, the person called a Police Station in September last year and swore towards Pashinyan and other high-ranking officials using ‘sexual swear words’.

‘In doing so, he deliberately insulted the prime minister’, they said in a statement.

The Armenian parliament criminalised ‘grave insults’ in 2021, with more severe penalties reserved for those who direct such language at officials. The maximum fine is ֏3 million ($6,000) or up to three months in prison.

As of 31 December 2021, over 260 criminal investigations had been launched under the law, with 31 people charged so far. Seven people are currently on trial.

The law has been widely condemned by Armenian and international human rights organisations.

‘The enforcement of this legislation, which has resulted in the initiation of over 260 criminal cases in 2022 alone, signifies a clear degradation of democratic norms in Armenia and creates a chilling effect for free expression’, Andranik Shirinyan, the Armenian project coordinator of human rights watchdog Freedom House, told OC Media.

‘We call on the parliament to revoke this law that so brazenly violates the principles enshrined in the Armenian Constitution, the country’s OSCE commitments, and the European Convention on Human rights to which it is party’, added Shirinyan.