Robert Hayrapetyan: “I believe the decision of the National Assembly president can be immediately disputed at court, and after going through all instances, be disputed at Constitutional Court” 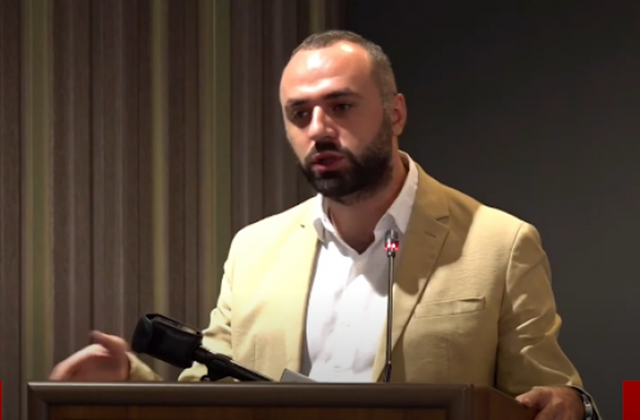 “By adopting Article 127.1, in fact Armenia is making a stepback. When in 2010 as a result of the imperative of the PACE the article on insult and slander was decriminalized, and our courts had significant achievements in a very short time, Armenia was one of the few countries that supported the call for not creating problems for mass media. Now we are making a stepback,” said lawyer Robert Hayrapetyan during a recent discussion entitled “Against media restrictions, for the sake of free speech and the right to be informed” organized by the Union of Journalists of Armenia.

According to him, if in the basis of this law proposal by the public prosecutor’s office it was mentioned that they had researched the international experience, he has not seen anything like that.

“For me it is at least un-unaderstandable which part of my statements in interviews given to media would be taken as an insult or slander by representatives of the government, in order to be able to launch a case about that. It is not clear whether proceedings will be launched against me for that, whether the interviewer or the media company will be the subject of that case. This issue has a problem with clarity, but that did not stop the prosecutor’s office to establish a wide spectrum of tools,” said Robert Hayrapetyan.

The latter says that even though they are now discussing the impact of that law on media, it will impact us all.

“I, as a political oppositionist, can be one of the first people who are being subjected to criminal case under this article,” said the lawyer.

Regarding limitations of free movement of journalists that are being placed by the decision of the National Assembly president, he says it is about tolerance.

“I believe the decision of the National Assembly president can be immediately disputed at court, and after going through all instances, be disputed at Constitutional Court. In the meantime, I don’t think there will be a need to reach the Constitutional court because most of judges that are more or less objective and do not obey political orders are at the Administrative court, and when this act is appealed, that will be the protection of the rights of journalists,” said Robert Hayrapetyan.