The press in Armenia is going to fight for its rights again in the year 2022 – Satik Seyranyan. tert.am 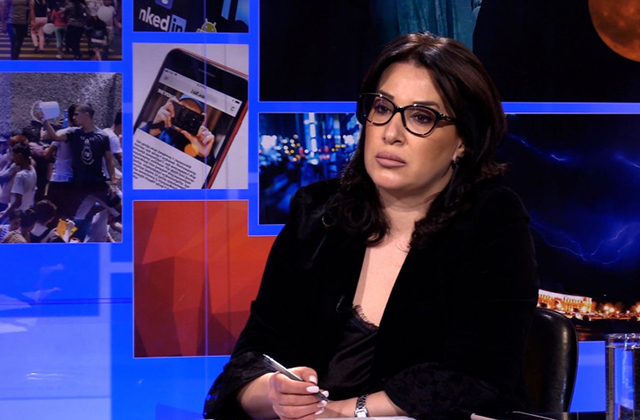 The incumbent authorities treat the press as a class-specific enemy and target it by all possible means. This is what President of the Union of Journalists of Armenia Satik Seyranyan said as she summed up the year 2021 for the press in an interview with Tert.am. She stated that the press is still trying to ensure accountability of the government, which is a hindrance to the establishment of absolute and uncontrollable power. “This means that the press in Armenia is going to fight for its rights again in the year 2022. I am absolutely certain that the press will not back down and will continue to implement public oversight, which is its most important function,” she said.

Tert.am: What objectives did the press manage to meet in 2021? What were the reasons why some objectives were not met?

Satik Seyranyan: Due to the absence of counterbalances and mutual restraint, I believe the key objective of the press is to implement, in practice, public oversight over the government, and this requires a lot of will, dedication and professionalism from all of us. Imagine what the situation would be, if the press did not implement public oversight over the activities of these authorities — it would be a straight path to sole authority. This was the objective of the press in 2021, and I believe it will be the objective next year as well. In a broader context, with this mission, today, the press is, in practice, protecting democracy in Armenia. In regard to the objectives that were not met, there are many objectives, starting from technical issues and ending with the level of professionalism.

Yes, unfortunately, the press also faces serious problems, but they are interconnected with the government and the other spheres of activity of the society. The press can’t be better when the other spheres of public life and the public sector are so distorted. I believe the biggest problem of the press is the fact that it is extremely politicized. Our journalists often fill the gap of professionalism by expressing their political stances, and this generally has a negative impact on the quality of work of the press.

Tert.am: The incumbent government always states that it is the most transparent government. In spite of this, the restrictions on the press have increased more.

Satik Seyranyan: In this regard, this government stays true to its practice, that is, it declares one thing, but does the opposite. How can this government be the most transparent government when the prevailing majority of the issues discussed during the weekly sessions are unreported issues? This is simply ridiculous. As far as the restrictions on the press are concerned, yes, during 2021, the restrictions on the press multiplied, namely the several legislative initiatives of the authorities of the Republic of Armenia that were targeted against free speech. Unfortunately, the incumbent authorities treat the press as a class-specific enemy and target it by all possible means, and it is not by chance that, among the legislative restrictions, they also encourage propagandistic attacks on the press and journalists in an attempt to portray the press as an internal enemy for a layer of the society. This is simply inadmissible in a democratic society, and, as I already mentioned, by protecting its rights, the press is also indirectly protecting democracy.

Tert.am: How would you assess the changes related to work in the National Assembly, particularly the work of journalists, and moreover, the year-end reception hosted for journalists?

Satik Seyranyan: I wouldn’t like to set aside the attitude of any government agency toward journalists since it is the same for all public administration bodies. As far as the National Assembly is concerned, it is currently under the leadership of a person who is the author of the most embarrassing legislative initiatives targeted against the press. I believe this says it all.

Tert.am: What actions will the press take in 2022? What are the challenges?

Satik Seyranyan: I already talked about the problems of the press. I would really like for the press to have fewer problems, but, unfortunately, common sense suggests that it will be the opposite. This means that the press in Armenia is going to fight for its rights again in the year 2022. However, I am absolutely certain that the press will not back down and will continue to implement public oversight, which is its most important function.