Statement by the Union of Journalists of Armenia: This Law Is The Expression of the Collective Attitude of the Authorities Against Freedom of Speech 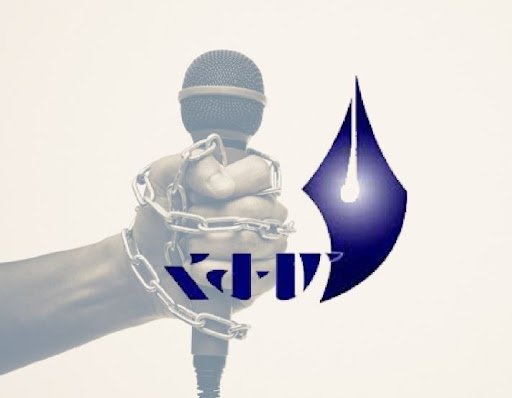 It is important to note that the Constitutional Court decided to examine the constitutionality of this extremely important law through a written procedure in order to avoid public open discourse.

This infamous law was authored by incumbent Speaker of the National Assembly Alen Simonyan when he was holding the office of Deputy Speaker of the Parliament.

However, in reality, this law is the expression of the collective attitude of the incumbent authorities, not an individual deputy, and has the consistent policy against free speech and media in its base.

This law clearly restricts the right to freedom of speech, which is one of the major pillars of democracy and one of the smain conditions for advancement of that right and the self-expression of every person. This right is guaranteed and protected by Articles 42 and 51 of the Constitution, as well as Article 10 of the European Convention for the Protection of Human Rights and Fundamental Freedoms.

According to Resolution 1577 (2007) Towards Decriminalisation of Defamation of 4 October 2007, the Parliamentary Assembly of the Council of Europe had proposed to set reasonable and proportionate maxima for awards for damages and interest in defamation cases so that the viability of a defendant media organ is not placed at risk, which has been grossly violated by this decision of the Constitutional Court.

Back in 2011, by touching upon the maximum amounts of the sum for compensation for damage under cases of defamation and insult with its Decision CCD-997, the Constitutional Court had proposed to the legislature to revisit the maximum limit for compensation with a tendency to decrease so that, in practice, it rules out the disproportionate restriction on the right to freedom of expression.

When assessing the proportionality of amounts of compensation in case of insult or defamation, the European Court of Human Rights (ECHR) considers, inter alia, the consequences of the amount of damage to the economic situation of the applicant, as well as economic indicators such as, for instance, the amount of the current minimum salary in the country, which, in the conditions in Armenia, in essence, was not taken into consideration.

The Union of Journalists of Armenia has several times touched upon the pernicious consequences of this law for mass media outlets and the dangers that the authorities, by taking advantage of the existing uncertainties in the law and the wide opportunities for arbitrariness, may, through courts, settle a political score by rendering verdicts that will cause severe damages to the financial situation of the media.

Unfortunately, our alerts about these dangers and risks and the calls of local and international human rights organizations remained unanswered, and the Constitutional Court, in essence, guided by the principles of political expediency and not legal expediency, declared this disputed law constitutional.

It is extremely important to state that opposing this law shall in no way be identified with encouraging insult and defamation. Quite the opposite, all the participants of the public governance system, including and first and foremost civil society representatives and the media need to lead a struggle in order to rule out insult and defamation from public speech and the public agenda. However, at the same time, this major goal should not become a tool to fight against media outlets that are not proprietary in order to deprive them of their already scarce resources.

The Union of Journalists of Armenia also strictly condemns the formal legitimization of this disputed law through the Constitutional Court and calls on all local and international organizations concerned about freedom of speech and freedom of the press to be consistent so that this bill does not serve the exclusively political goals that lie at the core of the bill.

Let us recall that certain international organizations, including Reporters Without Borders and Freedom House had responded to this bill with harsh criticism.